The Postgraduate Program in Political Science (PPGCP) at the Universidade Federal de Pernambuco began its activities in 1979. Our Graduate Program (Master and PhD degrees) is qualified at level 6 (out of 7) by the Brazilian Federal Agency for the Support and Evaluation of Graduate Education (CAPES), and is consistently ranked as one of Brazil’s top institutions.  It covers almost all subareas of Political Science. PPGCP currently has 19 faculty members and 2 administrative staff. 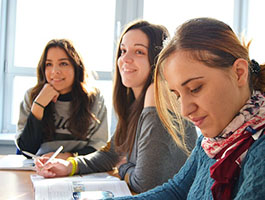 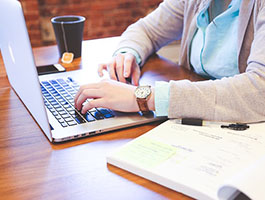 As UFPE is a public university, there are no tuition fees (all expenses are covered by the Brazilian Government). Hence, the program is free to all admitted students, including those from foreign countries. 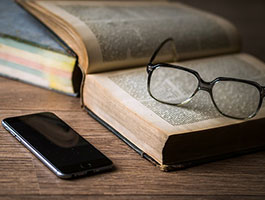 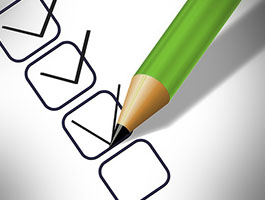 Applicants to our program should visit the page on our admission process and follow the given instructions.

The goal of this Research Group is to study elections and the issues related to them. Some of the issues that this Centre intends to address in its studies are electoral strategies, political marketing, electoral decision, political culture and representative democracy. Consequently, the Centre expects to contribute to the enrichment of Brazilian Political Science.

Created in 1999 as a joint initiative between professors from the Graduate Program in Political Science at UFPE, the Centre for Development Studies at the University of Walles and the Centre for Latin America and Brazilian Studies at Middlesex University. The D&R's primary points of reflection are the transformations that have occurred in capitalism since the 1980s that have significantly affected the international environment: the accelerated process of productive restructuring, technological innovation, swift trade openness, profound changes in the way the Government operates and, ergo, in the types of development. These changes are operating in the space and, in this respect, various regional integration processes, the development strategies have been objects for reflection and research and training, with an emphasis on the rebates for the periphery of the system, particularly in Latin America. In order to carry out these tasks, the Centre has analytically and theoretically deepened the dynamics of capitalism in the “long term”. Recently, The Centre signed a protocol of intent with the University of Versailles Saint-Quentin in France and with the Fluminense Federal University. The Centre has performed specific partnerships throughout its history with UNDP, IPEA, CNPq, the Ford Foundation, IUPERJ, CHESF, BNB, Town Halls and NGOs. It has organized three international seminars within its portfolio and has published nationally and internationally through its members, gathering an active group of professors and young students at undergraduate, master's and doctoral level.

The Núcleo de Estudos de Política Comparada e Relações Internacionais (NEPI), located at the Federal University of Pernambuco (UFPE), Brazil, gathers researchers interested in comparative international politics and regional integration. It has been organizing regional, national and international seminars in an attempt to boost the Brazilian Northeast region in research networks which share the same concerns regarding issue-area studies. This has paved the way to establish solid relations with national institutions such as Unesp, IRI/PUC-Rio, FGV-SP, and with some of the world’s top research institutions, like Oxford, Laval, Carleton and the GIGA, where some of the NEPI members have been in faculty or student positions. It has also been a target institution for researchers who wish to enrol in a post-doc position to study its primary areas of research, from countries like Canada and South Africa.

The first Centre for the study of coercive institutions in the country. The Centre does not seek to study violence per se, but how coercive institutions (Armed Forces, Police, Public Prosecutor, Judiciary and Prison System) make use of it to advance their interests, and whether these institutions' practices contribute to or hinder the process of deepening Brazilian democracy.

The NIC works under the Post-Graduation Program of the Federal University of Pernambuco.

The NEA's mission is to train specialists through teaching and research and to prepare comparative and case studies that are relevant to the knowledge of society, politics and culture in South, Central and North America, with the intention of having a better understanding of the Bilateral and multilateral relations of the continent with Brazil. Topics that researchers linked to the NEA are dealing with include foreign policy, security, defence and integration in the hemisphere.

This Centre seeks to generate knowledge in the field of current debates regarding the connection between research designs and inferential quality. It is focused on understanding how the main research designs are structured - experimental, quasi-experimental, and observational - for the production of valid inferences in comparative political science. The Centre fills a gap in the Brazilian post-grad pursuing the training of researchers in the analysis of methods for producing knowledge in relation to political science.

This group joins professors and students from UFPE and other universities in order to develop collective research projects regarding political parties and elections, and to support individual projects by its members. Research topics include: The regulation of political parties; Programmatic emphases, party ideology and competition; Electoral governance; Democracy in Latin America; Political institutions in Brazil; the Brazilian party system.

This research group seeks to be a continuous space for debates, the construction of projects and research support that intensively use quantitative methods in Political Science, particularly those that operate in Comparative Politics.

This group's objective is to contribute to the advancement of the research agenda on theoretical perspectives and models of empirical analysis of political science with respect to the relations between the political sphere and the judicial sphere. It looks to gather studies that discuss, among other issues, the explanatory potential of institutional, political, economic, societal, historical and sociodemographic theories and variables related to recurrent phenomena involving politics and law. These include the formation and changes of constitutional democracies, the role of the courts in democratic and authoritarian regimes, the patterns of court decisions and the role of lawyers, and the effects of their role in politics, the expansion of controlling agencies such as court of auditors, national council of justice and national public prosecutor's council.